Over 50? You’re at risk of deficiency in these two key vitamins 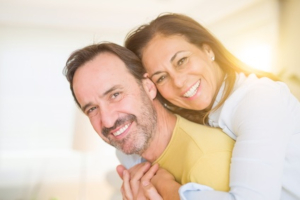 A new study by researchers from The Irish Longitudinal Study on Ageing (TILDA) has shown that a sizeable proportion of over-50s in the West are seriously lacking in vitamins B12 and B9 (also called ‘folate’).

Their findings are clear: one in eight people are deficient in vitamin 12, and one in seven in vitamin B9. Furthermore, while not strictly deficient, a large proportion of people have an intake of these vitamins below recommended amounts: their levels of B12 and B9 are said to be inadequate. The study’s authors have also shown that the prevalence of such insufficiency rises with age. It is more marked in smokers, those who live alone and those on low incomes.

Yet these two vitamins are essential for cognitive function, brain health, production of red blood cells and DNA. Numerous studies have demonstrated that inadequate folate and vitamin B12 status is associated with poor long-term health. “This is the largest, most representative and most comprehensive study of vitamin B12 and folate status in Ireland and has direct relevance for all Western populations”, said study author Professor Anne Molloy. “It demonstrates surprising folate levels in people over 50”. In the United States, mandatory food fortification with folates over the past 20 years has prevented millions of cases of deficiency without any adverse side-effects (1) … The study’s authors note that adopting a similar programme of food fortification could be of benefit to other countries in the West. In the meantime, supplementation still offers an individual solution – a safe and effective way of restoring healthy levels of these two vitamins.

Supplementing with vitamin B12: a ‘no-brainer’ as we age

Unlike many other vitamins, vitamin B12 is present in very few foods; it’s essentially only found in products of animal origin such as meat, fish, dairy products and eggs. This dearth of dietary sources poses serious problems for vegetarians and even more so for vegans who have no other option than to supplement as long as they continue to follow a vegan diet.

However in those aged 50+ who are meat-eaters, it’s more the dramatic fall in absorption (2) and the increase in vitamin B12 requirements that makes supplementation necessary. With advancing age, assisted vitamin B12 transport across the stomach wall slows down and soon becomes restricted (3). This reduced efficacy is exacerbated by other factors: colonisation of the stomach by Helicobacter pylori (4) - a bacteria with which one in two people are unknowingly contaminated, consumption of alcohol, and the use of medication (particularly drugs designed to combat acid reflux, stress, ulcers, dyspepsia, diabetes, and hypertension, as well as contraceptives). … At the same time as this transport is drastically slowing down, our need for vitamin B12 is increasing with age! The amount of oxidative stress we face on a daily basis (chronic stress, chronic inflammation, anxiety, sleep problems, pollution, toxins, unhealthy diets, too little physical activity) means we require a much higher than average level of vitamin B12, which is not always available. Over time, this inevitably leads to our reserves becoming exhausted, which is when the problems start …

There is, however, a solution. A tiny percentage (around 1%) is able to passively cross the intestinal wall, without intermediary transporters, which can be useful if very high amounts are ingested (when you eat offal, for example, or take concentrated supplements) (5).

To quickly restore adequate levels of vitamin B12, it’s therefore enough to take just one tablet a day of methylcobalamin (which with hydroxycobalamin is the best-absorbed form of vitamin B12) for several weeks, and to subsequently repeat this course of supplementation regularly. This will help maximise the passive diffusion mechanism and combat the decrease in transport efficacy seen in those over 50.

Vitamin B9 for countering the damaging effects of ageing

Vitamin B9, also called folic acid or folate, is an essential substance which is officially recognised for its role in optimal formation of red blood cells, and is involved in preventing numerous age-related health problems such as hypertension, depression, cognitive decline, stroke and cardiovascular disease. It is primarily found in meat (especially offal) and vegetables, although folate content is dramatically reduced by cooking, preserving and freezing.

To restore healthy levels of vitamin B9 and fully benefit from its properties, take two tablets a day of SuperFolate for at least six weeks.

Without sufficient levels of vitamins B12 and B9, nothing in the body can function properly. In the long term, such inadequacy leads to a significant level of malfunction and the potential development of several conditions and diseases: generalised weakness (low immunity, weak muscles, exhaustion, lack of interest and energy, pain …), nervous system problems (irritability, depression, numbness, fatigue, agitation, dementia, risk of neurodegenerative disease …), loss of visual and auditory faculties (6) … 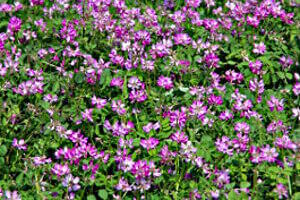