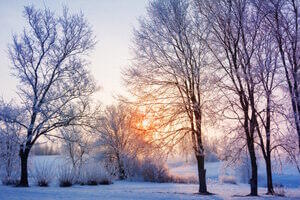 Over the last 15 years or so, a number of clinical studies have shown that taking vitamin D at appropriate doses may confer significantly more health benefits than was previously thought. A study published inBulletin Epidémiologique Hebdomadaire (BEH) (Weekly Epidemiological Bulletin) shows that over three-quarters of the French population are lacking in vitamin D and 5% are seriously deficient.

The study’s authors, Michel Vernay and colleagues at the Unité de surveillance et d'épidémiologie nutritionnelle (Usen) ), Institut de veille sanitaire (InVS), Université Paris 13, (Nutritional Monitoring and Epidemiology Unit, Institute of Public Health Monitoring, University of Paris 13) Bobigny, France, stress that even though vitamin D deficiency “ is not normally accompanied by clinical symptoms of osteomalacia, it may nevertheless be a risk factor for bone abnormalities, osteoporosis and chronic diseases such as cancer, cardiovascular disease and immune dysfunction diseases." Other data suggests it may help maintain physical strength in older people and protect them from falls. It may also lower the incidence of metabolic syndrome.

A fat-soluble vitamin present in certain foods, vitamin D is also produced by the body on exposure to the sun’s ultraviolet rays. Solar radiation triggers the production of vitamin D from dehydrocholesterol, the immediate precursor of cholesterol, deep in the skin’s epidermis. There are around 10 different forms of vitamin D of which vitamins D2 (ergocalciferol) and D3 (cholecalciferol) are the most active in the body. There are also a number of derivatives, three of them steroids that play a particularly important role in our health: 25(OH)D or calcidiol, 1.25(OH)2D or calcitriol and 24.25(OH)2D.
Vitamin D from the diet is absorbed with fats in the small intestine before entering the circulation. Vitamin D produced in the epidermis following exposure to the sun passes directly into the bloodstream. Vitamin D2 and D3 are converted in the liver into 25-hydroxy-vitamin D, the main circulating form of vitamin D. Conversion into its active form, 1.25-dihydroxy-vitamin D, takes place in the kidneys.
There are two forms of vitamin D available in nutritional supplements – D2 and D3. Vitamin D2 appears to be only 20%-40% as effective as vitamin D3 at maintaining serum concentrations of 25-hydroxy-vitamin D because it is broken down more rapidly in the body.

80% of French adults are deficient in vitamin D.

Vitamin D is generally well-tolerated in adults at daily doses of up to 2000 IU. Although 1000 IU/day is the dose deemed safe by health authorities, several studies suggest vitamin D may be risk- and side effect-free at doses of up to 10,000 IU a day. That was the conclusion of a team of scientists who examined 21 well-designed studies and clinical trials using doses far higher than those recommended by health authorities. In France, l'Agence française de sécurité sanitaire (Afssa) (the French Food Safety Agency) estimates that 200 IU of vitamin D a day is sufficient to maintain good health (400-600 IU for older people) but scientists are convinced that our requirements are closer to 1000 IU/day.
Order the nutrients mentioned in this article