Q & A with Dr Garry Gordon* 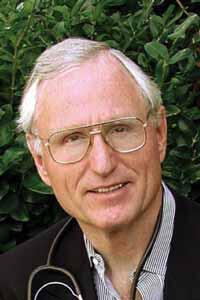 Dr Garry F. Gordon is a world-renowned expert on chelation therapy, anti-aging, nutrition, mineral metabolism, and alternative and preventive therapies. Over the past 50 years, he has exhaustively researched and written more than 7000 books and articles on EDTA. Dr Gordon developed the original protocol for the safe and effective use of EDTA and has published numerous scientific papers on the subject. He has also co-authored, with Morton Walker, the best-seller ‘The Chelation Answer’.
* Taken from an article in Smart Publications™ Health and Wellness update

Should everyone be taking EDTA to eliminate heavy metals and environmental toxins?
Dr Garry Gordon : Absolutely. Part of the price we have to pay for progress is to recognise the degree of pollution that progress has introduced to our water, food and air. Every human being today would live longer, be more intelligent, enjoy better health and respond better to medication or surgery if they chose to follow an EDTA oral chelation programme.

Children are at particular risk. When I owned a large laboratory that conducted research on trace elements, I worked with the University of Maryland and the Center for Disease Control on a study to prove that the lead levels present in every child were responsible for causing serious damage to their IQ and behaviour. In other words, every child in the world today has some degree of lead poisoning. The more you can lower that lead level, the higher that child’s IQ will be.

A human body today has on average 1000 times more lead than would have been the case before the Industrial Age, while our over-processed foods provide us with fewer and fewer essential minerals such as zinc. It has become clear to me that maintaining optimal health requires regular supplementation with detoxifying agents and chelators such as garlic and EDTA which relentlessly eliminate toxins such as lead, mercury and pesticides from the body.
We now have a unique history of over 40 years’ safe and extensive use of EDTA, with studies showing an increase in life span in research models. In the toxic world in which we live, oral EDTA offers potential benefits as diverse as those observed with some of the most powerful essential nutrients. I believe that EDTA has today become as crucial for optimal health as any other essential nutrient.

Given that EDTA is so effective at eliminating heavy metals from the body, doesn’t it also remove essential minerals and other important substances?

Dr Garry Gordon : No, as surprising as it may seem, it doesn’t. In certain cases, oral EDTA actually improves the absorption of various trace-minerals. The World Health Organisation and advisors to the US National Academy of Sciences recommend that EDTA be added to the diets of children in poor countries to boost absorption of minerals, particularly that of iron and zinc.

EDTA is never broken down in the body. It enters and leaves in the same form. It also has a very strong list of preferences called ‘stability constants’. It will be very inconstant with calcium and magnesium to which it says: “Hello, you’re there, goodbye”. To zinc, it says: “Oh, you’re quite interesting” and to lead it says, “You’re really interesting, we could spend the evening together”. When it comes to mercury, it asks if they can spend the rest of their lives together.

On the other hand, we know that EDTA is a non-specific chelator and in the absence of an adequate supply of minerals with a high stability constant, then EDTA could potentially eliminate essential minerals. Ultimately, this would depend on the amount of heavy metals in the system, its pH, etc. If there is not much lead or mercury in the system, then EDTA could remove zinc, which is rapidly excreted in the urine.

Dr Garry Gordon : Yes, absolutely. I always recommend taking the most advanced vitamin and mineral supplements, including zinc, to prevent the body from becoming depleted. Unfortunately, because of our toxic environment and stressful lifestyles, it is almost impossible for the diet to provide all the nutrients our bodies need to stay strong and healthy.
We live on devitalised foods from mineral-deficient soil, packaged in boxes, harvested when green and stored in refrigerated compartments. Research shows that due to the gradual decline in the nutritional quality of our food, even an adequate diet cannot maintain the balance of vitamins and minerals necessary to avoid health problems. It’s vital that we boost our diet with a wide-spectrum of vitamin and mineral supplements in order to compensate for nutritional deficiencies.

How do oral and intravenous chelation compare?

Dr Garry Gordon : They basically do different things and although a recent article in JAMA said that intravenous chelation was useless, there is no doubt about the benefits of such chelation in the minds of treated patients. I helped train a number of doctors and drew up the original protocol for intravenous chelation under which more than a million patients have been treated without any problem. But aside from any question of its usefulness, we all lead busy lives and cannot afford to spend 3 hours a day at the doctors receiving intravenous treatment, not to mention the significant cost. Oral chelation is an effective, practical and affordable way of helping people deal with the excess heavy metals in their bodies. And I can prove it’s a problem from which we all suffer.

Take, for example, our mercury load. A report published in Linear Practice of Alternative Medicine (Autumn 2001, issue 2:181-187) calculated that if we have had amalgam fillings over several years, we would typically have almost 40 million mercury atoms in every cell in the body.

What is nitric oxide and how is it connected to EDTA chelation?

Dr Garry Gordon : It’s been shown that EDTA optimises production of nitric oxide. This fact alone shows that chelation benefits virtually everyone. Nitric oxide protects the heart, stimulates the brain, kills bacteria, helps prevent blood clots that are responsible for most heart attacks and strokes, boosts oxygen supply to tissues and regulates blood pressure and blood flow to different organs. It is present in most living creatures and is produced by different types of cell.

It caused a sensation when it was discovered that this simple little air pollutant, which is formed when nitrogen burns, as in car exhaust fumes, could have so many vital functions in the body.

Additional research has confirmed that nitric oxide is a key signalling molecule for the cardiovascular system and that it exerts a whole host of other functions. When nitric oxide is produced by the endothelium, the innermost cell layer of the arteries, it rapidly spreads across the cell membranes to the underlying muscle cells. Their contraction is stopped by nitric oxide which results in a dilation of the arteries. In this way, nitric oxide controls blood pressure and distribution of the blood. It also helps prevent the formation of blood clots.

If nitric oxide is so important for cardiovascular health, why not take a daily dose of this instead of EDTA?

Dr Garry Gordon : The problem is that nitric oxide is so powerful that when we give it as a drug, it carries a risk - just as nitroglycerine administered under the tongue to dilate the arteries and stop heart pain can cause explosive headaches. Administering substances with effects like these is not harmless. On the other hand, if I can find a way of optimising your body’s ability to produce exactly the right dose of nitric oxide (which I believe my oral chelation can help you do, by detoxifying the cells that make nitric oxide), that’s terrific. Your body is not stupid - it will not make too much so I don’t need to worry about overdosing you with EDTA-induced nitric oxide.
Order the nutrient mentioned in this article 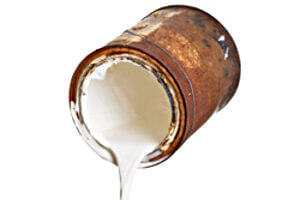 Is your body soaking up toxic metal?
Lead is a metal which has no place in the human body. While micro-doses of most other metals (iron, copper, zinc, manganese …) do indeed...
Read more 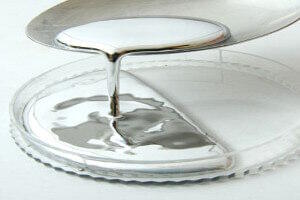 Mercury implicated in the development of Alzheimer's...
In the 15 November 2010 issue of the Journal of Alzheimer's Disease, researchers published an article showing that mercury may be among the many causes...
Read more
Follow us