Citrulline - its fundamental role in the urea cycle 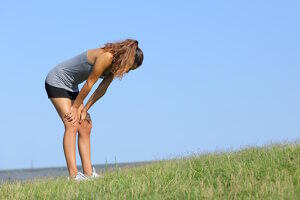 Citrulline is a non-essential amino acid which means it can be made from other amino acids present in the body. Along with ornithine and arginine, it plays a fundamental role in what is called the urea cycle, during which excess ammonia is eliminated from the body.

Citrulline metabolism is divided into two fields: free citrulline and citrullinated proteins. Free citrulline metabolism involves three key enzymes: NO synthase (NOS) and ornithine carbamoyltransferase (OCT) which produce citrulline, and argininosuccinate synthetase (ASS) which converts it into argininosuccinate.
There are three metabolic pathways for citrulline depending on where these enzymes are distributed in tissues. Firstly, in the liver, citrulline is locally synthesised by OCT and metabolised by ASS for urea production. Secondly, in most NO-producing tissues, citrulline is recycled into arginine via ASS to increase arginine availability for NO production. Thirdly, citrulline is synthesised in the gut from glutamine (with OCT), released into the blood and converted back into arginine in the kidneys (by ASS). In this latter pathway, circulating citrulline is in fact arginine in a masked form which prevents it being captured by the liver. Each of these pathways has associated diseases, some of which could potentially be monitored or treated with the aid of citrulline. Citrulline has long been administered to treat hereditary disorders of the urea cycle, and recent studies suggest it may be used to control the production of NO1.

The primary source of nitrogen is the earth’s atmosphere, 78% of which is composed of this element. It is found in gas or mineral form and is incorporated into biological molecules by biological or non-biological fixation. Whatever its initial form, nitrogen is ultimately converted into ammonium or ammonium ions which are then converted into amines or amides.
The ammonium which results from the biological fixation of atmospheric nitrogen, reduction of nitrates or absorption of ammonium ions, is toxic to the human body. Catabolism of a large number of nitrogenous compounds leads to ammonium production which is toxic above a certain concentration.

Amino acids that result from protein hydrolysis are major producers of ammonium via the combined action of amino-transferases (which transfer the amino group of an amino acid to alpha-ketoglutarate to form glutamate) and glutamate dehydrogenase.
Glutamine is the non-toxic form of ammonium transport. It is formed in the muscles, liver and nervous system and released into the blood where it is present in higher concentrations than other amino acids. In the kidneys and gut, circulating glutamine undergoes hydrolysis into glutamate and ammonium via the action of glutaminase.

The breakdown of purines, pyrimidines, catecholamines and other amines is also a source of ammonium formation. Ammonium transport occurs in two main forms:

- glutamine formed from the fixation of ammonium to glutamate as energy is consumed;
- urea formed exclusively in the liver which contributes to the elimination of ammonium.

The sequence of reactions that leads to the elimination of excess ammonium or ammonium ions includes a mitochondrial phase and a cytosolic phase which takes place exclusively in the liver.

Mitochondrial phase
- Cytosolic phase
The citrulline thus obtained is transported in the cytosol. The citrulline is condensed with aspartate by arginosuccinate synthetase to form arginosuccinate. This is then cleaved by arginosuccinate lyase to form L-arginine and fumarate. This reaction is also involved in arginine synthesis.
The fumarate is transported in the mitochondria and taken up by the Krebs cycle which oxidises it into oxaloacetate. Aspartate is formed from oxaloacetate by transamination from glutamate. Thus is created the link between the Krebs and urea cycles.
Hydrolysis of the arginine completes the cycle with the formation of urea and ornithine. The urea is released to be eliminated via urine, while the ornithine is transported in the mitochondria to restart the cycle.
Increased ammonium (ion ammonium) in the blood leads to hyperammonaemia which can cause irreversible brain damage, coma and death. It produces excess glutamate and glutamine. Hyperammonaemia can be the result of acquired or inherited deficiencies related to urea cycle enzymes.
Any liver dysfunction caused by alcoholism, hepatitis or obstruction of the bile duct, if left untreated, alters the liver’s detoxification function and as a consequence, the urea cycle. This results in increased ammonium in the bloodstream.
Supplementing with L-citrulline and/or L-arginine should form an integral part of any treatment for disorders of the urea cycle.

Supplementing with arginine would seem to be a logical step in situations where this amino acid becomes essential, as is the case following massive intestinal resection. Arginine is, to a large extent, taken up and metabolised in the liver.
Citrulline is not captured by the liver and passes freely to the kidneys where it is metabolised into arginine.
It therefore represents a good option for generating arginine and improving nutritional status.
A study on rats showed that supplementing the diet with citrulline is effective at increasing levels of arginine and improving nitrogen balance following massive intestinal resection 2.

Damage to the endothelium plays an important role in atherosclerosis, resulting in proliferation of vascular smooth muscle cells. Research has already demonstrated that L-citrulline may relax rabbit aortic rings. A subsequent study suggests that it reduces proliferation of vascular smooth muscle cells 3.
Researchers looked at the effects of 12 weeks’ ingestion of L-arginine, L-citrulline and antioxidants (vitamins C and E) on the progression of atherosclerosis in rabbits fed a high-cholesterol diet. Atherosclerosis induced by such a diet manifested as endothelial vascular cell dysfunction with impaired vasodilation of the aorta and arterial blood flow, development of atheromatous lesions and increases both in superoxide anion production in thoracic aorta and in oxidation-sensitive gene expression. The researchers found that L-arginine plus L-citrulline, either alone or in combination with antioxidants, led to improvements in endothelium-dependent vasodilation and blood flow, significant regression in atheromatous lesions, and decreases in superoxide production and oxidation-sensitive gene expression. These effects were associated with concomitant increases in aortic endothelial NO synthase expression and plasma NO2, NO3 and cGMP levels. These observations indicate that ingestion of certain NO-stimulating substances, including L-arginine, L-citrulline, and antioxidants, can reverse the state of oxidative stress and the progression of atherosclerosis 4.

Precursor of arginine as part of the urea cycle