Picamilon - both a tranquiliser and a stimulant 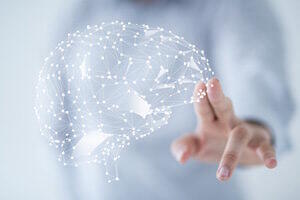 Picamilon is a combination of niacin and GABA in a single molecule. Combining these two substances increases their potency and endows them with properties that are particularly beneficial for cognitive function. Scientific studies, mostly conducted in Russia, show that picamilon exerts a positive effect, especially in cases of stress, anxiety, depression, fatigue, low energy and alcohol withdrawal. Picamilon was synthesised in 1969 by the Scientific Research Institute of the Soviet Union and was introduced into medical practice in 1986.

Picamilon is an effective vasodilator; experiments in Russia show its action is even greater than that of hydergine or vinpocetine. Studies suggest it considerably increases blood flow in the brain. It rapidly crosses the blood-brain barrier and boosts intracranial and cortex blood flow.
Its effect on nervous control of cerebral circulation is an essential element in picamilon’s mechanism of action.

It reduces changes in blood flow during the vasomotor reflex, significantly inhibits the constricting responses of carotid vessels due to stimulation of somatic nerve fibres, and promotes gradual inhibition of tone and reflex activity in sympathetic nerves.
In patients with acute cerebrovascular problems, a reduction in neurological symptoms was observed on the fourth or fifth day of supplementation. There were subsequent improvements in headaches, dizziness, ‘head noise’ and memory disorders, a rapid regression in motor and speech problems, an improvement in sleep, a decrease in irritability, emotional stress and anxiety, and an increase in cerebral blood flow.
Administration of picamilon to patients suffering from the consequences of cerebrovascular disorders (more than a month later) proved effective after two or three days’ treatment.

When scientists compared the effects on cerebral blood flow of picamilon, papaverine and xanthinol, they found picamilon to more effective at reducing blood pressure than papaverine. At low doses, such as 1mg/kg, picamilon acts as a tranquilliser, helping to counter the negative effects of emotional stress (in cats, it was found to stabilise reactions provoked by anger or fear). Like diazepam, it has been shown in rats to have an inhibitory effect on motivated aggression associated with defending territory. Picamilon’s tranquillising influence works through the hypothalamic system; it is characterised by a tranquillising effect, but rather than a sedative component, it has a stimulant action. Fast-acting due to its rapid penetration of the blood-brain barrier, it improves the functional state of the brain by producing a beneficial effect on its metabolism. Picamilon is perhaps the first anxiolytic that does not induce drowsiness. Russian studies conducted back in 1989 compared it with psychostimulant drugs such as piracetam, phenazepam, diazepam and papaverine and showed that picamilon’s stimulant properties were greater than those of piracetam; subjects felt better after taking picamilon. Additional advantages over other conventional tranquillisers are that it does not cause any muscle relaxation, lethargy or drowsiness.
Picamilon’s effects are felt rapidly, often within an hour of taking it, and its half-life means that these effects persist for around six hours. The absence of any sedative effect means that it presents no obstacle to pursuing normal everyday activities.

At higher doses (100mg 3 times a day), picamilon has a stimulating influence which results in increased energy and stamina. Stimulant effects on cognitive function are cumulative and become more apparent after a few weeks’ daily supplementation. Russian studies found picamilon’s stimulant effect to be greater than that of piracetam, phenazepam and papaverine.

Picamilon has proved effective in patients with acute brain syndrome. On the second or third day of supplementation, patients showed significant neurological improvements, with cumulative increases in benefits, particularly during the second or third week of treatment. Picamilon was effective in patients with mild to moderate problems during the sub-acute phase and early convalescence. It improved their emotional state, speech and memory. Patients demonstrated an increase in general activity and better social and professional adjustment.

Picamilon stimulates physical and psychological rehabilitation from various asthenic disorders due to mental and somatic pathology. It was effective in patients with neurotic disorders in which the major symptoms were astheno-depression and astheno-hypochondriac disturbances accompanied by fear, anxiety, fatigue, emotional and vegetative instability as well as sleep problems.
According to most scientists, the use of picamilon in the treatment of neurosis, manic depressive syndrome and schizophrenia enables lower doses of psychotropic drugs to be prescribed.

When picamilon was administered to patients with open-angle glaucoma with normalized intraocular pressure and declining visual function, it resulted in improvement of the central and peripheral visual fields which manifested as improvement in individual sensitivity threshold, and decreased area and intensity of scotomas. The treatment also had a positive effect on light sensitivity and vision acuity in some patients. It had no effect on intraocular pressure.

Studies on picamilon’s efficacy in migraine patients showed it had a pronounced effect on hemicranial (unilateral) pain, reducing its intensity and easing or eliminating accompanying symptoms.

Picamilon reduces withdrawal symptoms in people suffering from chronic alcoholism. When compared with piracetam, diazepam, vinpocetine, xanthinol nicotinate and papaverine, its psycho-stimulant effect was found to be superior to that of piracetam. After taking picamilon, patients felt better and most said they preferred it to piracetam. It had a faster and more complete effect on stabilising patients’ behaviour than piracetam. Another study showed that picamilon acted faster than vinpocetine in treating withdrawal symptoms in those with chronic alcoholism.
Order the nutrient mentioned in this article