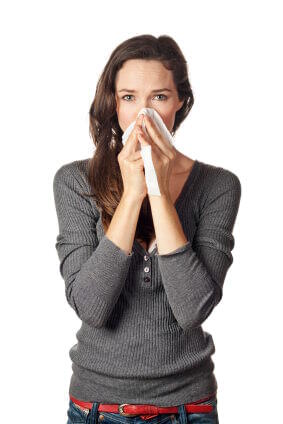 An article in the Journal of the American Medical Association (JAMA), reports an association between decreased telomere length and greater susceptibility to the common cold.

Telomeres are DNA complexes located at the tips of chromosomes which shorten with each cell division, leading to impaired cell function and cell senescence. Decreased telomere length is associated with whole system age-related conditions, including cardiovascular and infectious diseases.

According to Sheldon Cohen, author of a study published in February 2013, telomere length is a relatively consistent marker throughout life and it can predict acute disease susceptibility from as early as young adulthood. Those aged over 50, with shorter telomeres, are known to be at greater risk of disease and mortality. It is also known that factors other than ageing, such as chronic stress and an unhealthy lifestyle are linked to shorter telomeres in older people. As a result, researchers wanted to establish whether shorter telomeres in leucocytes, particularly CD8CD28 cells, are associated with lower resistance to respiratory infection in young adults.

The study involved 152 males and females aged between 18 and 55. Telomere length of four types of leucocytes (white blood cells) were analysed and participants were quarantined in separate rooms for six days. Nasal drops containing a common cold virus (rhinovirus 39) were administered after 24 hours’ quarantine, and subjects were monitored for the remaining five days.

Results showed that 69% of participants had been infected by the virus(presence of specific antiobodies) and 22% had visible clinical illness (presence of antibodies plus objective signs of illness) .

Telomere length was evaluated in peripheral blood mononuclear cells and T lymphocytes. Shorter telomeres were associated with greater probability of infection. A higher risk of clinical illness – which increased with age - was associated with the shortest telomeres in a specific type of white blood cell (CD8CD28). In those whose CD8CD28 cells had the shortest telomeres, the rate of clinical illness was twice that of subjects whose telomere length was longest
"These cells are important in eliminating infected cells and those with shorter telomeres in the CD8CD28- cell population may be at greater risk for infection because they have fewer functional cells available to respond to the virus," Dr Cohen said.

This preliminary study therefore shows that the shortest telomeres in certain white blood cells are associated with an increased risk of acute respiratory infection. "This is preliminary research and further work with other viruses and with natural infections will help clarify its implications," he added.

This discovery could give you another 10,...
Research into human longevity has taken a historic step forward.Though unknown to Western media, Russian researchers have developed a substance capable of extending lifespan by...
Read more
Follow us