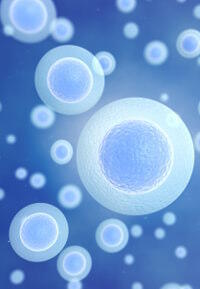 «A proprietary substance that can mimic calorie restriction, so increasing lifespan and delaying the development of age-related diseases.»

In the quest to extend the lifespan of unicellular and multicellular animal organisms, many possibilities have been explored over the last 70 years: nutritional compounds, vitamin or antioxidant supplements, physical exercise, hormones … While some of these have led to improvements in health, only the activation of certain genes can increase lifespan.
Among the methods shown to be effective at prolonging average and maximum lifespan is gene activation by calorie restriction, ie, limiting total calorie intake from carbohydrates, fats and proteins to between 25% and 60% below normal intake.

Oxaloacetate mimics and reproduces the known benefits of calorie restriction so avoiding the need to cut food intake
Oxaloacetic acid or its ionic form, oxaloacetate, is naturally present in freshly picked oranges and apples. However, this molecule is highly unstable and lasts no more than a day at room temperature. In the body, oxaloacetate is present in every cell and its metabolites are directly involved in mitochondrial energy production as it is an intermediate in the Krebs cycle.

A complex process has now been developed enabling oxaloacetate to be stabilised and made completely bioavailable. Furthermore, this substance has just received one of the very first patents given in the field of life extension category, for calorie restriction mimetic effects. In this sense, oxaloacetate is similar to resveratrol although it acts via different mechanisms.
It is one of the very few products that have been shown to increase lifespan in male mice, which are known to have a shorter life expectancy than females. Research demonstrated that at the average 50% mortality mark, oxaloacetate supplementation increased average lifespan by around 25% compared to a control group.
In addition to these remarkable results, it was also reported that mice given oxaloacetate showed minimal inflammation symptoms and a lower tendency to age-related curvature of the spine. Furthermore, bone density was higher than in the control group, suggesting a protective effect against osteoporosis.

Subsequent studies have shown that oxaloacetate’s effects are not restricted to mice. Research on Drosophila melanogaster (the common fruit fly) has demonstrated an average increase in lifespan of 20% following the addition of oxaloacetate to food. Similar results were also obtained with the roundworm C. elegans.

Extending lifespan and protecting against age-related diseases (kidney disease, auto-immune diseases, diabetes)
According to the very latest research, oxaloacetate has other exceptional properties that are not only effective in mice but in humans too:
- It improves scores in all endurance tests in mice,
- It significantly boosts antioxidant status,
- It regulates blood sugar,
- It combats denaturation of nucleic acids in mitochondria,
- It protects pancreatic cells, brain tissue, and vision - by inhibiting development of cataracts and AMD,
- It has beneficial effects on arthritis and joint stiffness,
- It blocks the production of fats by the body,
- It repairs damage to DNA in cells, skin and other tissues, caused by UV exposure,
- It reduces some of the symptoms of chronic alcoholism (weight loss, nausea, diarrhoea, shaking …) as well as hangovers, following occasional over-consumption of alcohol,
- It reduces apoptosis,
- It delays the development of most of the complications of age-related diseases,
- It reduces incidence of primary cancer or metastasis. It can be taken before, during or after chemotherapy,
- Most importantly, it regulates the expression of certain beneficial genes that become activated when calories are restricted.

Oxaloacetate thus mimics the cellular conditions obtained through calorie restriction but without the need to cut food intake. It restores the NAD+/NADH ratio. Passing easily through cell membranes, it is reduced into malate by the enzyme malate deshydrogenase in cytosol. This reaction also converts NADH into NAD+, thus increasing the NAD+/NADH ratio which is related to the signalling effect that triggers the expression of beneficial genes, effectively imitating the effects of calorie restriction.

Calorie restriction (by 30-50%) is widely acknowledged as an effective method for extending the lifespan of mammals, including primates. It has a beneficial effect on the majority of biological markers and delays the development of degenerative diseases (dementia, Alzheimer’s, Parkinson’s). In humans, calorie restriction reduces the risk of atherosclerosis, peaks in fasting blood sugar, systolic and diastolic blood pressure, triglycerides and LDL- and total cholesterol.
Being able to offer the equivalent of calorie restriction in a nutritional supplement constitutes a major advance in combatting age-related degenerative diseases. Oxaloacetate is an important calorie restriction mimetic that produces a number of beneficial changes in gene expression. It is also one of the only supplements that research has shown can genuinely extend lifespan.

Following its evaluation, the American FDA has designated oxaloacetate as an “orphan drug” for the treatment of glioma (including glioblastoma). This designation is used to encourage the development of natural substances which help fight “orphan diseases” and which would not normally be developed due to the very small number of people affected by these rare diseases. In addition, oxaloacetate is currently the subject of clinical trials investigating its potential in the treatment of Parkinson’s disease. Results of these studies will be published shortly.
Follow us