Policosanol - a natural solution for improving your lipid profile 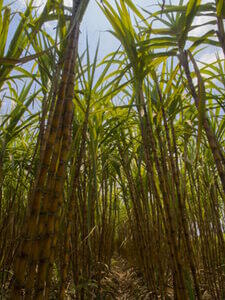 Policosanol, extracted from sugar cane, has been extensively studied in Cuba for many years for its ability to lower cholesterol. As well as improving blood lipids, policosanol reduces LDL oxidation, platelet aggregation and proliferation of smooth muscle cells. It is also beneficial for those with intermittent claudication and non-insulin dependent diabetes.

Policosanol has been shown in both animal and human studies to significantly lower elevated blood cholesterol levels (reducing LDL-cholesterol by 20%). It is at least as effective as conventional treatments but does not produce the latter’s side-effects.
While its mechanism of action is not fully understood, it is known to have an effect in reducing cholesterol production in the liver which is comparable to that of statins. This effect appears to be linked to modulation of the enzyme HMG-CoA reductase, the rate-controlling enzyme in cholesterol biosynthesis.
Policosanol also appears to improve LDL processing by increasing LDL binding, internalisation and degradation in human fibroblasts.
Fifty-six post-menopausal women with high cholesterol levels were divided into two groups, one receiving 5mg of policosanol a day, and the other a placebo, for a period of eight weeks. The policosanol dose was increased to 10mg/day for a further eight weeks. Researchers found the policosanol to be well-tolerated with no side-effects. The 5mg and 10mg doses respectively reduced LDL-cholesterol by 17.3% and 26.7%, total cholesterol by 12.9% and 19.5%, and triglycerides by 16.3% and 21%, and increased HDL-cholesterol by 3.6% and 7.4%1.

Equally - or more - effective than statins

In four of the five studies, policosanol supplementation also produced a significant and desirable increase in HDL-cholesterol (up to 14% in two studies), while only one of the three statins had this effect (pravastatin generated a 5% increase in HDL). The variations in results obtained with policosanol in these studies can be explained by differences in the subjects’ profiles – age, gender, lifestyle or genetic.

In terms of primary prevention of cardiovascular problems, no study has so far demonstrated such an effect for policosanol. However, it is widely accepted that lowering blood cholesterol levels also reduces the risk of heart disease.
In addition, clinical trials have revealed that policosanol has a beneficial effect on arterial health and cardiovascular function, increasing the stamina of patients with coronary disease.

Recent research examined whether policosanol could change some markers of atherosclerotic lesions, such as macrophage numbers and localisation of apoA-1 and apoB in monkey aortas.
In this 54-week study, fourteen adult monkeys weighing between 6kg and 10kg, and fed a low-fat, high-protein diet, were randomly divided into three groups: six animals served as controls, four received 2.5mg/kg of policosanol a day, and the remaining four, 25mg/kg of policosanol a day. Samples of arteries were examined under the microscope and monoclonal antibodies were used to evaluate the presence of macrophages and apoA-1 and apoB. Results showed that, compared with control monkeys, policosanol reduced the presence of macrophages and the occurrence of apoB, while increasing apoA-1 localisation in aortic atherosclerotic lesions. The researchers concluded that policosanol’s potential benefits on plaque composition and stability may explain its protective effects against atherosclerosis development. 2.
Policosanol also reduces the proliferation of cells on the lining of the arteries. Healthy arteries are lined with a smooth layer of cells enabling blood to flow easily with no resistance. One of the features of arterial disease is that this layer becomes thick and overgrown with cells. As the arteries narrow, blood flow slows down or is blocked completely. Research has shown that policosanol’s ability to stop cell overgrowth is consistent with the anti-proliferative effects reported for other lipid-lowering drugs, such as the majority of statins.
Studies show that rats treated with policosanol had fewer foam cells, reflecting a lower inflammatory response and thus less destruction of blood vessels.

One consequence of these properties is that after two weeks’ supplementation with policosanol, levels of thromboxane decrease significantly. Thromboxane is an agent that makes blood vessels contract and contributes to the abnormal platelet aggregation which increases the likelihood of a heart attack or stroke.
In one study in which 5-20mg/kg policosanol was administered orally to rats, a dose-dependent decrease in platelet numbers was observed, indicating an anti-aggregating effect. A study was conducted on 55 patients suffering from ischaemic heart problems. Over a period of 20 months, they received twice daily:

- or 5mg policosanol + 125mg of aspirin
The results were as follows :

Diabetics are at greater risk of cardiovascular disease than non-diabetics. Short-term studies have already investigated the efficacy and safety of 10mg/day of policosanol in type 2 diabetics. One study has examined its efficacy, safety and tolerance in long-term diabetes treatment.
Following a five-week initial stage in which 239 type 2 diabetics consumed a cholesterol-reducing diet, subjects were randomly allocated to receive 5mg/day of policosanol or a placebo for a two-year period. By the end of the first year, significant decreases in LDL-cholesterol, total cholesterol and triglycerides, and increases in HDL-cholesterol were seen in the policosanol group compared with initial levels and those of controls. This effect persisted and even increased slightly: at the end of the study, researchers observed in the policosanol group decreases of 29.5% in LDL-cholesterol, 21.9% in total cholesterol, 16.9% in triglycerides and an increase of 12.4% in HDL-cholesterol8.

Intermittent claudication is characterised by severe blockage in the arterial system of the lower body. One study examined the long-term effects of policosanol administration in patients with moderately-severe intermittent claudication. The randomised, double-blind study consisted of an initial six-month stage followed by a second, two-year period. The 46 subjects involved were randomly selected to receive either 10mg policosanol twice a day or a placebo. Walking distances on a treadmill were assessed before and after 6, 12, 18 and 24 months of treatment.
After 6 months’ treatment, the policosanol had increased the initial claudication distance by an average of 36% and the maximum claudication distance by around 42%. No such improvement was observed in the control group. In the supplemented group, the benefits increased with long-term treatment such that by the end of the study, the average increase in initial claudication distance had reached 62% and that of total claudication distance, 66%. 9.
Two studies also compared the effects of policosanol with those of lovastatin and ticlopidine. Policosanol was shown in both studies to have significantly increased initial and total claudication distances, surpassing ticlopidine in one study, and producing dramatically better results than those obtained with lovastatin in the other 10.

Specific extract of sugar cane, as effective and much safer than anti-cholesterol drugs