SAMe - for an end to depression! 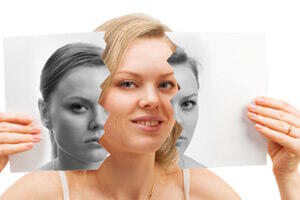 There is a nutrient - S-adenosyl-methionine (SAMe) - that’s as effective as prescription drugs, works twice as fast and has no unwelcome side-effects.


Depression is a major problem: almost one in two people have experienced it at some stage in their life. Depression robs us of our vitality and joie de vivre. It ruins relationships, marriages and careers.

Despite some progress, the latest anti-depressants - launched with much media fanfare - are still hard drugs that can cause what are sometimes intolerable side-effects and which take weeks to produce an effect.

At last, there is now an alternative: a nutritional supplement, available without prescription, which evidence shows can defeat depression faster than drugs. This supplement has been the subject of clinical studies involving thousands of participants, conducted over the last 20 years at prestigious institutions in Europe and the United States. It is neither a herb nor a vitamin but a substance produced naturally by the body. Restoring optimal levels of this essential nutrient can bring remarkable results. Studies comparing SAMe with some of the better prescription drugs shows it is equally, if not more, effective. And SAMe starts to work within an average of just seven days, while drugs take two to four weeks before any effects are felt.

The problem of side-effects

While the efficacy of anti-depressants has improved considerably, they are still a long way from being panaceas. They take weeks (sometimes months) to work and in the meantime, a patient’s condition can often deteriorate. In addition, they can cause a number of unpleasant side-effects such as dry mouth, headaches, difficulty concentrating, constipation, nausea and sometimes weight gain and sexual dysfunction. Such problems often result in patients stopping their treatment - in at least 30% of cases, in fact. For those that do carry on, they quickly develop a chemical dependency on their medication: any sudden break in treatment produces withdrawal symptoms. Coming off these drugs must therefore be done in a gradual, controlled manner. Undiagnosed depression

People suffering from depression are often reluctant to admit it. They worry that seeking help for depression will be seen as a sign of weakness, as a lack of character or a personality defect. One of the main advantages of SAMe is that you can access it easily without consulting a doctor: it remains in the private sphere. For the many people who would previously have elected to suffer in silence, there is now a solution to their problem, and one that produces results much faster than they would have thought possible.

It should be noted that 90% of people with depression have the unipolar form: their depressive state is constant or almost constant. The remaining 10% suffer from bipolar (or manic) depression in which periods of intensely elevated mood are followed by episodes of extreme melancholy: these people should only use SAMe on the advice of their therapists.

SAMe is naturally synthesized in the body from the essential amino acid methionine, vitamin B12, folic acid and the energy-producing molecule adenosine triphosphate (ATP). Distribution of SAMe is not the same in everyone: serum levels are seven times higher in children than in adults, men produce a little more than women, while levels in those with neurological problems and depression are always significantly lower.

The key role played by SAMe in the process of methylation makes it absolutely essential for human health. Methylation, whereby a molecule donates a methyl group to another molecule (a methyl group is a carbon atom with three hydrogen atoms attached to it), is a crucial process which activates more than 100 biochemical reactions. Methylation activity declines with age and experts believe this slowdown contributes to the ageing process itself and to the development of a number of diseases. SAMe is involved in:

- methylation of deoxyribonucleic acid (DNA), the body’s real ‘operating system’ which helps regulate processes as crucial as cell growth, the immune system and reproduction. It is now believed that under-methylation of DNA is one of the factors behind the development of cancer, because it impairs the body’s ability to repair damaged cells before they become cancerous.
- methylation of proteins, involved in the activation of membrane receptors, without which cells cannot communicate with each other. It has been shown that a simple deficiency in protein metabolism is enough to trigger depression.
- methylation of phospholipids, which make up the cell membranes themselves : SAMe helps maintain their flexibility and permeability which are essential for cellular exchange.

Trans-sulfuration is the process through which the body produces its main endogenous antioxidant, glutathione, from the amino acids cysteine, glutamic acid and glycine. SAMe plays a critical role in this reaction. High levels of glutathione help protect and detoxify the liver, safeguard DNA, boost the immune system and reduce inflammatory processes.

SAMe is involved in the production of the polyamines spermidine and spermine (a process called aminopropylation). A by-product of this process, methylthioadenosine, plays an essential role in controlling pain and inflammation.

Homocysteine is a toxic amino acid and a by-product of the methionine-methylation cycle. Accumulation of homocysteine is a major risk factor in cardiovascular disease. A correlation has also been observed between high levels of homocysteine and depression. SAMe helps reduce homocysteine by activating an enzyme (cystathione-beta-synthetase) which converts it into glutathione!

SAMe is one of the most widely-investigated natural substances: it has been the subject of thousands of studies, including 39 clinical studies on its ability to control depression. This research has involved almost 1400 patients, most of whom were severely depressed and who had often failed to obtain any benefit from conventional treatments.

According to these studies, SAMe is able to simultaneously increase brain concentrations of several neurotransmitters - noradrenaline (a natural stimulant), dopamine (which produces a feeling of well-being) and serotonin (a natural sedative). Increased levels of these neuromodulators are generally associated with anti-depressant effects. A meta-analysis published in Accta Scandinavia Neurologica in 1994 reviewed studies published between 1973 and 1992 (11 placebo-controlled, 14 comparative and 13 open studies). It concluded that “the efficacy of SAMe in treating depressive syndromes is superior to that of a placebo and equivalent to that of tricyclic anti-depressants. As SAMe is a natural compound which is virtually free from side-effects, its anti-depressant effects make it a potentially important weapon in the modern psychopharmacological arsenal”. These and subsequent studies confirm that SAMe not only deserves its place among the most effective anti-depressants, but that it is distinguished by the speed with which it works and the manner in which it is tolerated.

How should you take SAMe ?

The right dose: A good starting dose is 400mg a day (200mg on an empty stomach before breakfast and lunch). This dose usually produces effects in less than 15 days. Some people may need to take 800mg a day. If 15 days’ supplementation fails to produce sufficient improvement, you should consult an informed therapist. It may be necessary to take a higher dose or to combine the SAMe with another product.

Will SAMe work for me?
There is no such thing as a magic bullet that is 100% effective. Studies show that SAMe is effective in 70% of cases. This is equal or better than results obtained with other anti-depressants. What’s more, SAMe will do you absolutely no harm! And when taken in combination, it often improves the efficacy of other treatments and means a lower dose can be taken.

How long do I need to take it for?
There are no risks associated with long-term supplementation with SAMe. Although it works quickly, it is better not to stop treatment before you have felt full and lasting improvements. If you are not completely over your depression, you run the risk of it recurring. If it is your first episode of depression, continue to take SAMe for at least three months after your condition has improved by at least 50%. If it is your third episode, you are probably at higher risk of depression and should continue taking a maintenance dose.

Is there a risk of overdose or addiction?
No! SAMe has been given at doses of up to 3600mg a day without producing any side-effects other than mild stomach upsets. And unlike prescription drugs, SAMe will not lead to addiction. There is no risk associated with stopping supplementation other than, of course, the premature recurrence of depression.

Are there any dangerous interactions?
Drinking alcohol is not recommended when suffering from depression since alcohol itself has a depressive effect. However, it is not dangerous to drink alcohol when you are taking SAMe. In fact, SAMe has a highly beneficial effect on liver function and has been used, in combination with other nutrients and drugs, to help alcoholics break their dependency. There are no contraindications when SAMe is taken alongside medicines. However, as a precautionary measure, combining SAMe with IMAO class drugs - Inhibitors of Monoamine Oxydase - is not recommended.

Can SAMe be combined with St John’s Wort?
Yes - for those who do not obtain sufficient improvement from taking one of these substances alone. And take a good multivitamin formulation too that contains significant levels of vitamin B12 and folic acid, magnesium and omega 3 fatty acids.

SAMe plays such an important biochemical role that it is undoubtedly one of the most versatile and powerful nutrients you can take:

- Large-scale clinical studies have demonstrated the efficacy of SAMe in treating arthritis, osteoarthritis and rheumatism. The American Journal of Medicine published a special edition devoted to this subject (20 November 1987, vol 83, supp.5A), concluding that “SAMe is effective for treating pain and is remarkably free from side-effects”. In a German study of 20,621 patients, 70% of doctors and 75% of patients judged it “effective” or “ very effective”. SAMe (at doses of 400-800mg a day) relieves pain as effectively as non-steroidal anti-inflammatories and unlike NSAIDs, also offers significant chondroprotective benefits. .
- SAMe has been used to successfully treat serious liver conditions such as hepatitis and cirrhosis. SAMe enables the liver to increase production of glutathione, the key element in the detoxification process. In hepatitis C, SAMe enhances the efficacy of interferon treatment and reduces its side-effects.
- SAMe has also been used, both on its own and as an adjuvant therapy, in the treatment of fibromyalgia (see Nutranews October 1999), neuro-degenerative diseases (Alzheimer’s and Parkinson’s) and for all problems associated with excessive homocysteine in the body.

Can one substance really do all that?

Yes! SAMe is a substance that is naturally present in the body. It plays a crucial role in three essential biochemical cycles: trans-methylation, trans-sulfuration and aminopropylation, as well as in 35 associated reactions. It is this versatility that accounts for the anti-depressant, analgesic, anti-inflammatory, detoxifying and chondroprotective effects of SAMe.
This article is largely based on the book "Stop depression now" by Richard Brown, M.D. and Teodoro Bottiglieri, Ph.D. (G.P. Putnam's Sons, New York, 1999). Dr Brown is Associate Professor of Clinical Psychiatry at Columbia University College of Physicians and Surgeons. Dr Bottiglieri is Director of Neuropharmacology at Baylor University and has studied SAMe for more than 30 years. All the references used in this article can be found in their book.
Order the nutrients mentioned in this article 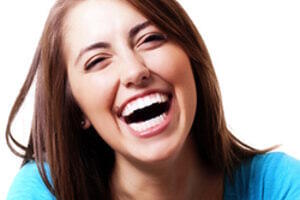 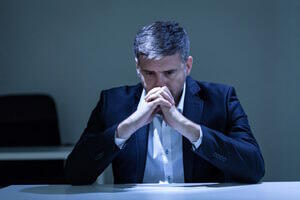 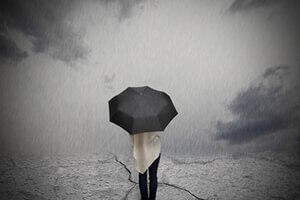 Suffering from seasonal affective disorder? Natural solutions
If you recognise at least three of the following symptoms and you’ve noticed that they always appear at the same time of year (from October...
Read more
Follow us