Pollution, poisoning ... this substance even protects against chemical attacks 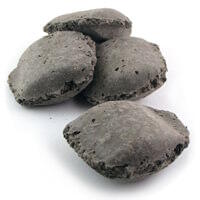 On 22nd April 1915 at around 5pm, French colonial troops from Martinique, from their position in the trenches at the Front Line in Ypres, saw a large grey-green cloud appear above them…
On the opposite side, the German army had just released 5730 cylinders of the deadly gas chlorine. It was the first large-scale use of a poison gas at the Front [1].
Distraught, the French Army Chief of Staff tasked the pharmacist Paul Lebeau with developing a mask to protect his solders from the gas …
In October 1915, thanks to an agent in Switzerland, the French Intelligence Services managed to acquire the latest German gas mask - the Gummischutzmaske [2].
When Lebeau carried out tests on the mask, he found it was completely airtight and extremely effective: much better than the French masks.
But he was even more surprised when he opened the cartridge used to filter the air in the mask. He was expecting to find a highly complex filtering device but instead, to his amazement, he found the cartridge contained…

In times of war, it is vital that military equipment is failsafe - every life lost at the front represents a huge loss for the nation.
If the Germans chose charcoal to protect their soldiers from deadly gases it was because they were totally convinced of its effectiveness and had subjected their Gummischutzmasken to the most rigorous tests.
Following his discovery, Paul Lebeau lost no time in replicating the Gummischutzmaske and as a consequence, thousands of lives were saved.
Activated charcoal continues to be widely used today. It is in demand every time there is a decontamination, detoxification or sanitation issue [3]. Incredibly inexpensive, it remains technologically unrivalled. Hospitals, the car industry and even NASA use it! [4, 5]

• in the air filters of nuclear shelters,
• to decontaminate drinking water,
• to decaffeinate coffee,
• to store hydrogen,
• to separate ore from minerals,
• in cigarette filters,
• to make white wine from black grapes,
• … the list goes on

Activated charcoal is unfailingly reliable, yet it has been side-lined in conventional medicine in favour of chemical drugs.

It’s often said that natural medicine is only good for either minor ailments, or conversely, for desperate cases where all other “serious” approaches such as chemotherapy, surgery or laser treatments, have failed.
But natural solutions are never considered in life-threatening situations. We should, however, be making an exception in the case of activated charcoal which is all the more effective since it is used immediately following cases of poisoning.
In the past, it was always a basic component of first aid kits.
Its use dates back to 1550 BC when it is mentioned in The Papyrus Ebers.
In 400 BC, Hippocrates recommended wood charcoal for treating epilepsy, dizziness, chlorosis and anthrax.
In the 19th century, scientists demonstrated to agitated crowds that it was possible to survive fatal doses of poison if activated carbon was taken at the same time.
It has been invaluable in protecting soldiers from deadly gases.
Activated charcoal is so powerful that when taken at the same time as the contraceptive pill, it renders it ineffective!
Its efficacy is indisputable.

How does charcoal work?

The key lies in its capacity for a-d-s-o-r-p-t-i-o-n - its ability to neutralise liquids and gases by making them adhere to its surface. Having captured the foreign substances, the activated charcoal is eliminated from the body via the usual routes.
Activated charcoal’s adsorption capacity, conferred during the manufacturing process, is truly impressive!
A process of carbonisation, followed by one of activation is needed in order to obtain activated wood charcoal.
The carbonisation stage consists of heating the wood or peat at a temperature of 600°C-900°C, in airtight conditions which prevents it from being exposed to pollution during the manufacturing process.
The carbonised matter is then crushed into granules or powder to be fired again between 700°C and 1100°C and subjected to water, air or gas oxidising vapours. This activation process produces micropores that can ‘adsorb’ up to 178 times their volume (in the case of ammonia) [4]. 50 grams of charcoal contains 5 billion pores!
The charcoal’s surface area is phenomenal: 1 cm³ of activated charcoal has a surface area of 1 km².
This explains the incredible results obtained with activated charcoal.

Plant charcoal acts as a purifier on your kidneys, liver and intestines. Its efficacy in emergency situations is formidable (acute poisoning, insect bites or stings, snake, spider or tick bites …) and this is still its main role in hospitals where it is used when drugs are ineffective. But this simple, natural product is also effective for treating minor, everyday problems.

This is by no means an exhaustive list of charcoal’s scientifically-demonstrated therapeutic uses:

Activated charcoal is sometimes recommended for heavy metal detoxification though it must be said that long-standing heavy metals in the body are trapped in body fats and inaccessible to plant charcoal which does not enter the bloodstream.
On the other hand, it is very effective at purifying all the chemicals we ingest on a daily basis and which can stay in our intestines: agricultural chemicals, food additives, detergents, organic solvents…
Activated wood or plant charcoal should reclaim its place in our first aid kits as a matter of urgency. We should all be ready to use it not only in cases of emergency but also as a way of regularly detoxifying our bodies.
Having said that, activated charcoal is not the only effective substance for eliminating poisons.

During the First World War, gas masks often contained zeolite to trap deadly gases in the same way as wood charcoal.
Zeolite is a natural volcanic mineral with micropores in the form of alveoli. Zeolite (clinoptilolite) is a good complement to activated charcoal as it is effective at neutralising heavy metals. It also has antioxidant and strengthening effects [6].
Studies have shown that zeolite is negatively charged which means it captures positively-charged micro-particles. This is an exceptional benefit rarely found in Nature.
By combining activated charcoal and zeolite (clinoptilolite), you have an effective answer to pollution, heavy metals - such as those in amalgam fillings, Lyme disease ... It can be used in cases of poisoning or for regular detoxification.

A natural, powerful and versatile chelator with multiple detoxicant applications 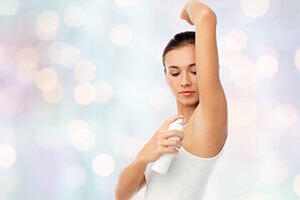 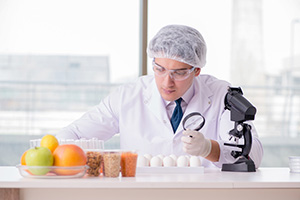