menuSubjects
Welcome   >  Tiredness and Lack of energy  >  The top adaptogens for... 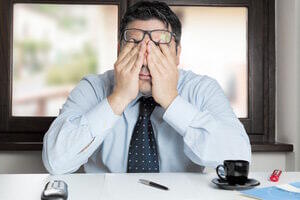 Low mood, fatigue, lack of motivation, inability to deal with physical or psychological stress. The threat of seasonal depression can be averted by acting now to boost your body’s defences.

Along with light therapy sessions and taking exercise – preferably outside, there are specific, revitalising plants that can help us manage the stresses of everyday life more effectively and give us the energy we need to withstand the winter blues. Known collectively as ‘adaptogens’, these plants come from the four corners of the earth (India, Peru, China, Korea …) and while each has its own specific properties, all have a common aim: to support our bodies during periods of cold, grey weather and increase our ability to withstand the effects of a stressful lifestyle.

The term ‘adaptogens’ was coined by a Russian scientist called Nicholai Lazarev. From the start of the Second World War, he was charged with identifying natural substances that could overcome soldiers’ fatigue and improve their performance. His initial findings focused on stimulant substances, and although these were very effective in the short-term, they carried long-term risks.
Various plants subsequently emerged as having the ability to increase physical and mental capacity without over-stimulating and exhausting the body in the long term, by regulating a number of organ and physiological functions. Thus the concept of adaptogens was born.
An adaptogen is defined as “a substance that in a general, non-specific way, increases the body’s resistance to various stress factors (physical, chemical or biological) and stressful situations without (or barely) triggering hormonal reactions”.

The plants below conform precisely to this definition, as they increase physical and mental capacity without over-stimulating, provide energy and rapidly improve well-being:

Withania somnifera root contains flavonoids and more specifically, withanolides, known for combatting stress and fortifying the body, while countering mental fatigue.
Studies conducted on this ‘Indian ginseng’ suggest it has a relaxing, calming action and that it significantly improves nervous conditions, anxiety and mental fatigue. In addition, the alkaloids it contains, somnin and somniferin, help restore good quality sleep.
For maximum efficacy, it is best to choose a patented extract of ashwagandha root (KSM-66®), standardised to 5% withanolides, and to take the equivalent of 600mg a day spread across the day. Indeed, the specific extraction process used, which involves no alcohol or chemicals, maintains the entirety of the constituents naturally present in the whole root.

This ‘Peruvian ginseng’, the Latin name of which is Lepidium meyenii, is traditionally recognised for restoring vitality and energy. A turnip-like plant from the mustard family that grows in the Andes Mountains, it is traditionally used to combat chronic fatigue syndrome and stimulate overall energy levels and strength.
Research suggests that this Peruvian anti-fatigue plant may promote healthy adrenal gland function.
Extracts of maca standardised in macamides and macaenes are not only used for their energising properties but also for their ability to stimulate sexual vigour.
Taking maca in the form of standardised extracts is safe at all stages of life from adolescence onwards, even at high doses over prolonged periods.

Without doubt the best-known of the adaptogens as well as Chinese medicine’s no. 1 plant, ginseng panax restores overall physical, mental and emotional equilibrium and is nowadays universally recognised for its effects on energy, libido and stress reduction.
Radix Panax ginseng C.A. Meyer is the only ginseng listed in the pharmacopaeia. While its mechanisms of action are by no means fully understood, its therapeutic effects are attributed to the plant’s active principles, ginsenosides, of which more than 40 have so far been identified.
These ginsenosides act in different ways, with each thought to have specific properties depending on where in the body they are used. By regulating certain organs (in particular, the hypothalamic-pituitary axis and the adrenal glands) and multiple physiological functions – without over-stimulating or curbing normal function – ginseng confers a general energising effect, but with no rebound effect.
Ginsenoside content can, however, vary according to the species, age and part of the plant, the method of conservation, the time it was picked and the extraction method used. Thus not all Radix panax ginseng extracts are equal and the percentage of ginsenoside standardisation is key to its efficacy – it should ideally be between 20% and 30%.
In cases of seasonal depression and for coping with the demands of daily life, it is thus worth considering a month-long course of ginseng supplements.

Rhodiola rosea has psychostimulant effects and thus reduces mild to moderate symptoms of depression. This Siberian adaptogen plant increases stamina, cognitive ability and sexual vitality. It was one of the very first adaptogen plants studied by Russian and Scandinavian scientists in the 1960s.
It stimulates cellular energy metabolism and also acts by reducing concentrations of various stress-induced metabolites produced in the body, particularly CRF (Corticotropin Releasing Factor), recognised for its role in mental fatigue.
For fast-acting effects, choose extracts standardised in rosavin and salidroside.

The red berries of schizandra sinensis which grows in Northern China are traditionally used to restore vitality, strength, and physical, mental and sexual stamina. It contains a substance called schizandrin which increases physical and mental resistance, modulates the raised cortisol levels seen in chronic stress, stimulates adrenal cortex activity and thus increases vitality.
Standardised extracts of schisandra at doses of 1g/day are thus recommended for those suffering from burnout. It can be used for prolonged periods – several weeks or months – with no side-effects or contraindications.

This Siberian ginseng (Eleutherococcus senticosus or acanthopanax) originates from Northern China and Siberia. It is an excellent adrenergic adaptogen which helps the body withstand stress, improve mental and sports performance and reduce mental fatigue, particularly during winter periods.
Various studies show that this cold-climate plant may boost capacity for work and concentration and reduce general feelings of fatigue. Like Korean ginseng, it is part of the araliaceae family and contains active substances with similar properties to those of ginsenosides, the two most abundant being eleutherosides B and E.
Those who are hyper-sensitive to Korean ginseng and have difficulty tolerating it, frequently respond better to eleutherococcus.

This tar-like substance, which in warm weather seeps from the craggy rocks of the Himalayan foothills, is full of nutrients and trace elements, particularly fulvic acid.
It is traditionally used for its powerful tonic and adaptogen properties. Regular supplementation with shilajit increases energy and stamina by restoring normal mitochondrial energy function. This effect is enhanced when shilajit is combined with Coenzyme Q10 which stabilises it in its active form, ubiquinol.
It also promotes emotional equilibrium and has a positive effect on stress management and on libido.

Best known for being a fountain of youth, astragalus (Astragalus membranaceus) is also used in Chinese medicine to help protect the body from everyday and chronic stress, be it physical, mental or emotional.

Each of us is different from our neighbour, partner or other family members. Thus there is no one right adaptogen plant, but several plants – and some will suit us better than others.
It is therefore important to follow regular courses of treatment with one adaptogen plant for between one and three months, and to test it against a different adaptogen.
Order the nutrients mentioned in this article

The only Maca extract standardized to provide 0.6% macamides and macaenes 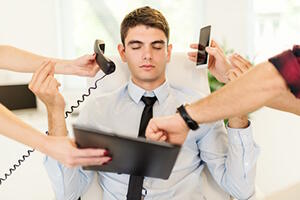 After the holidays: how to cushion yourself...
The new school year is already upon us, marking the end of the summer holidays and the start of what can be a difficult period....
Read more
Follow us