menuSubjects
Welcome   >  Anti-ageing  >  This discovery could give...

This discovery could give you another 10, 20 or even 30 years of life 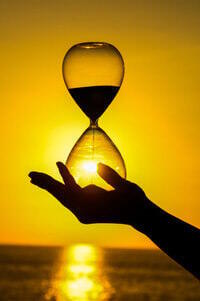 Research into human longevity has taken a historic step forward. Though unknown to Western media, Russian researchers have developed a substance capable of extending lifespan by 10, 20 or even 30 years. The effect is like a time machine.

and it also works in elderly individuals. In fact, its efficacy is so impressive that members of the eminent Russian Academy of Sciences insisted on testing the product themselves! (1)

The Academy’s members split into two groups, receiving either the product or a placebo. Results exceeded expectations: despite the advanced age of most of the members, the mortality rate among those who took the substance fell by between 30% and 50% over seven years.

A cascade of beneficial effects

What’s more, in addition to extending lifespan, this substance has been shown to produce a chain reaction of health benefits:

For elderly people, or even younger individuals keen to delay the signs of ageing, the discovery of a substance with such powerful effects at every essential level of the body had previously been unimaginable.

Yet the dream has become a reality.

How has this been possible?

The substance in question - epitalon - was developed by Professor Vladimir Khavinson and his team, based on the discoveries of two specialists in the biology of ageing, Professor Vladimir Dilman and Dr Ward Dean. These two scientists had published an article in 1992 called “The neuroendocrine theory of ageing and degenerative disease” describing their discovery of a substance which could increase the lifespan of rats by 25%.

Professor Vladimir Khavinson then took this research further by applying it to humans.

A biogerontologist himself, ie, a specialist in the biological mechanisms of ageing, he realised that epitalon was acting at the most basic level of cellular ageing - on the lifespan of the cells themselves. Epitalon produces a significant increase in the lifespan of healthy cells, and a reduction in that of unhealthy and cancerous cells.

To fully appreciate the revolutionary nature of this discovery, it’s important to understand that normal, healthy cells are programmed to divide and produce ‘daughter cells’ that allow ‘mother cells’ to die and be replaced by younger cells.

This remarkable mechanism explains the longevity of living beings. Throughout the body, cells are being constantly renewed, to the extent that organs can be completely regenerated. The time this takes varies from a few days in the case of the intestine to around a decade for the skeleton.

Unfortunately, this mechanism of cell division has a limit. After around 50 divisions, cells become too old and can no longer divide: they have reached the stage of senescence. Apoptosis (programmed cell death) quickly follows.

This is why a living being has a long period of looking youthful, during which all vital functions work as they should. However, at a certain point, ageing begins to be increasingly visible; organs may deteriorate to the point of causing disability. Even in the absence of a specific disease, overall health inevitably declines. After a certain age, physical, mental and sensory performance (sight, hearing …) all regress.

Such an outcome is not surprising: no longer able to divide, our cells age, leading to impaired function, disease and ultimately death.

Epitalon extends the life of cells

The researchers were keen to discover why healthy cells suddenly stop dividing. They realised this mechanism was linked to telomeres, the protective caps at the tips of chromosomes which become a little shorter with each cell division.

The greater the frequency of cell division or the greater the presence of oxidative stress, the more the telomeres shorten until, at a critical size, the genetic material itself is attacked. The cell therefore no longer has all the genetic information it needs to function properly. It becomes senescent.

It therefore follows that if telomeres could be successfully lengthened, or prevented from shortening with each cell division, the point of senescence could be significantly postponed.

And that’s precisely what recent research has shown - that an enzyme called telomerase can stimulate the growth of telomeres. .

Such is the significance to human progress of these findings on telomeres that no fewer than three Nobel prizes for medicine have been awarded for advances in this field.

Three winners of the Nobel Prize for Medicine

Following Hermann Muller in 1946 and Barbara McClintock in 1983, three Americans, Elizabeth Blackburn, Carol Greider and Jack Szostak were awarded the Nobel Prize for physiology (medicine) in 2009 for discoveries relating to telomeres.

In terms of the 2009 Nobel Prize, the scientific advance was particularly crucial since it was directly linked to the telomere-activating enzyme telomerase. Telomerase rebuilds telomeres, the tips of chromosomes, restoring their original length following each cell division, so stopping the biological clock that would otherwise be counting down to mortality. The press release issued by the Nobel Committee in 2009 described the discovery:

"The solution to a major problem"
“This year's Nobel Prize in Physiology or Medicine is awarded to three scientists who have solved a major problem in biology: how the chromosomes can be copied in a complete way during cell divisions and how they are protected against degradation” (…)

The Nobel Laureates have shown that the solution is to be found in the ends of the chromosomes – the telomeres – and in an enzyme that forms them – telomerase”. “These discoveries have added a new dimension to our understanding of the cell, shed light on disease mechanisms, and stimulated the development of potential new therapies”.

Over time, the body’s production of telomerase declines.

The less telomerase you have, the more your telomeres become damaged with each cell division and the quicker your cells reach the point of no return!

Which takes us back to our discovery: epitalon is a bioregulatory peptide that can activate telomerase via the different but complementary mechanisms of astragaloside IV and cycloastragenol, the two other recognised telomerase activators.

Epitalon thus allows us to avoid what is apparently one of the most inevitable mechanisms of ageing.

Epitalon’s anti-ageing effects, however, go beyond those of stimulating telomerase production.

While current scientific understanding is incomplete, the results of studies on life extension and disease prevention are clear:

Epitalon is a natural bioregulator which acts not only to enhance cell division but also to stimulate brain activity and participate in the mechanisms of tumour reduction.

These effects are equally if not more important to extending a healthy lifespan as the telomerase-stimulating effect.

Rarer and more precious than diamonds

Until very recently, epitalon was only available for advanced research or medical centres and thus it remained inaccessible to anyone but health professionals. The companies that distribute it have always strictly limited its availability: 100-200 bottles of “Pure Epitalon” per country, per month. As a result, it was beyond the pocket of most individuals, costing anything from 399 dollars (300 euros) to 1200 dollars depending on the quantity ordered. Furthermore, it was only available as an injection which presented a major obstacle for private users.

While it remains a sizeable investment, it should be stressed that the return on investment for this product, which can be measured by potential additional years of life, is without doubt one of the best available on the nutritional supplement market.

How to take epitalon to ensure efficacy

It is so small that it can penetrate the body via the skin and is then absorbed into the bloodstream. This form of delivery is accelerated when the substance is placed under the tongue, which is why epitalon is now offered in the form of sub-lingual tablets.

In general, recommended doses range from 1.5 to 9mg per 24 hours, with an average maintenance dose of around 3mg a day, according to whether a therapeutic or prophylactic (preventive) effect is required, and this, for as long as desired.

So in practice, you need to take between a half and two tablets a day, before or in between meals for better absorption.