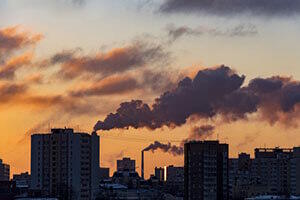 Recent months have seen repeated spikes in levels of fine-particle pollution. With each alert, so the preventive messages from public health authorities increase. But many people are asking questions about the consequences of pollution for their health. What exactly are the effects of air pollution? How can we reduce our exposure to these micro-particles? What can we do to protect our bodies from urban pollution? Extensive research has been conducted to provide answers to these questions – let’s take a look at the results of two recent studies.

What are the effects of pollution on our health?

First and foremost, we need to recognise that spikes in pollution are caused by a number of factors, intense fine particle emissions being a key cause. These micro-particles or particulates come from a variety of sources including vehicle exhaust fumes1, which is why we are often advised to restrict our car journeys during these spikes. Given the harmful effects of air pollution, this is not a recommendation to be taken lightly. The World Health Organisation (WHO) estimates that air pollution could be responsible for 1.3 million deaths a year worldwide 2. According to the WHO, the situation is particularly worrying in developing countries, though air pollution remains a health and environmental problem across the globe, potentially causing both short- and long-term health problems. Chronic exposure to particulates is most common in urban environments and can increase the risk of cardiovascular and respiratory conditions such as asthma and pneumonia, as well as lung cancer and other chronic diseases. Furthermore, some people are particularly sensitive to air pollution: young children, the elderly and those with existing conditions are all more vulnerable to serious health consequences. Given the significant health challenges posed by air pollution, it is no surprise that numerous studies are conducted on the subject each year. The good news is that some of them have produced major advances in terms of prevention and treatment.

How can we reduce our exposure to particulates?

There are simple measures we can take to reduce our exposure to particulates. Outside of peak pollution periods, when traffic is light, it is a good idea to regularly ventilate home and work environments. This enables circulating air to be renewed and prevents the accumulation inside of micro-particles. Car ventilation systems should be turned off when driving in high-pollution areas, particularly when the traffic is bad. We should avoid exercising outside during pollution spikes as it increases the body’s exposure and vulnerability to pollutants. Lastly, each of us can ‘do our bit’ to reduce air pollution by not using our cars for short journeys and choosing cleaner sources of energy3.

How can we protect ourselves from air pollution?

Research team across the world are working to find effective solutions to the harmful effects of pollution. A few months ago, we explored various ways of detoxifying the body from the pollutants in our environment. Since that article appeared, new studies have been published on combatting the damage to our health from particulates. It seems that natural substances may be particularly effective!

Benefits of B vitamin supplementation against particulates
A placebo-controlled study, published at the end of March in the journal Proceedings of the National Academy of Sciences (PNAS), reported on an interesting approach to countering the adverse effects of air pollution. The study’s authors concluded that B vitamins may have a beneficial effect against particulate damage. In reaching this conclusion, they monitored 10 adults, divided into three groups:

- In evaluating the B vitamins’ efficacy, the researchers focused on their ability to mitigate epigenetic damage. They had previously demonstrated that acute exposure to fine particles may be responsible for DNA methylation changes which may particularly occur in those genes involved in oxidative energy metabolism of mitochondria. Vitamin B supplementation was indeed shown to prevent these epigenetic changes and could therefore prove beneficial in preventing free radical damage. These preliminary findings also confirm the significant therapeutic potential of the B vitamins, several forms of which are available as dietary supplements: Pyridoxamine (vitamin B6), SuperFolate (vitamin B9) and Methylcobalamine (vitamin B12).

Protective effect of omega-3 fatty acids
A study published in March in the journal Biochimica et Biophysica4 showed that omega-3 fatty acids may also reduce the adverse health effects of particulates. In this study, mice were exposed to synthetic, non-toxic, fluorescent fine particulate matter while being fed a diet rich in omega-3 fatty acids. Using various analyses, the researchers first demonstrated how the fine particulate matter was distributed across several vital organs. Alarmingly, their observations showed that the particulates not only accumulated in the lungs, but also penetrated into other organs including the brain, liver, spleen, kidneys and testes, resulting in inflammation and increased oxidative stress. However, the researchers also found that elevating tissue levels of omega-3 reduced these inflammatory processes, suggesting that an adequate intake of omega-3s may prevent certain health problems. These new findings provide yet more data on the benefits of omega-3 fatty acids, a topic regularly covered in Nutranews. Such evidence is also that reason why we offer several (omega-3 supplements in the Supersmart catalogue). 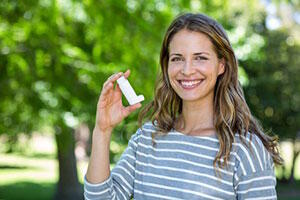 3 medicinal plants for fighting asthma attacks
On this, World Asthma Day, the World Health Organisation (WHO) reminds us that 235 million people across the globe are affected by this chronic disease...
Read more 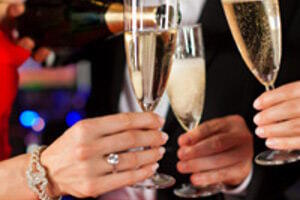 Preventing some of the harmful effects of...
The festive season means many more occasions for consuming alcohol. While champagne or wine drunk in moderation can have some beneficial health effects, they can...
Read more
Follow us