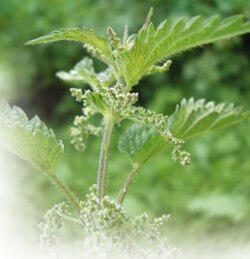 Extract of nettle root (Urtica dioica) is widely used in Europe to treat prostate enlargement. More than 20 clinical studies have shown that either on its own, or combined with other plants, it improves clinical symptoms of benign prostatic hyperplasia and prostatitis. The German Commission E and ESCOP (European Scientific Cooperative on Phytotherapy) recommend its use specifically to ease urinary problems associated with an enlarged prostate.

Nettle root and the whole plant have been used in traditional medicine as an astringent, a diuretic and a tonic. In Hippocrates’ day, stings and bites were treated with nettle. European herbalists use it as an infusion for respiratory problems, while for Native Americans it is considered an aid to pregnancy, childbirth and breastfeeding.

Imbalance between oestrogens and androgens

Benign prostatic hyperplasia was originally thought to develop solely as a result of cell growth stimulation by dihydrotestosterone (DHT), an active form of testosterone. Testosterone is systematically converted to DHT by an enzyme known as 5-alpha-reductase. DHT is far more active in binding to sites in prostate cells that regulate prostate growth. When it does so, it activates growth factors that stimulate cell proliferation called insulin-like growth factor 1 (IGF-1). Research suggests that high levels of IGF-1 may also be an indicator of prostate cancer risk.
However, the fact is that testosterone production declines with age - and levels of free, physiologically active testosterone fall even more sharply due to an increase in its binding to a protein called sex hormone binding globulin (SHBG). Between the ages of 40 and 70, free testosterone is believed to decrease by around 1% a year. There must therefore be another explanation for the development of benign prostatic hyperplasia.
The answer lies in the imbalance which builds up over the years between oestrogen and testosterone levels. In the tissues in which benign prostatic hyperplasia develops, oestrogens increase with age, stimulating the growth of prostate cells.
SHBG’s role is to maintain a dynamic hormone balance. It binds to hormones and transports them to different receptor sites on cell membranes throughout the body where they can be used in different ways. The effect depends on the hormone to which it binds and on the receptor site to which that hormone is transported. In men, for example, oestrogens and dihydrotestosterone bound to SHBG are generally transported to prostate receptor sites; in excessive amounts, they can go on to cause rapid division and growth of prostate tissue cells, resulting in benign prostatic hyperplasia.
In men and menopausal women, the majority of oestrogens are produced from androgens. In particular, most oestradiol is generated from testosterone. This phenomenon is called aromatisation, after the enzyme responsible, aromatase.

Certain fractions of nettle root extract inhibit the growth of human prostate cells but the mechanism behind this action, which may involve lectins, remains unknown.
Research suggests that nettle root may impede or block a number of the hormone-related chemical processes involved in the development of benign prostatic hyperplasia. In clinical studies, nettle root extract was shown to stop the conversion of testosterone to dihydrotestosterone (by inhibiting the enzyme necessary for its conversion) as well as to bind directly to SHBG, thus preventing it from binding to other hormones.
Other studies have raised the possibility of an interaction between substances present in nettle root and androgen-binding proteins in serum (such as SHBG), an interaction which may produce variations in free androgen concentrations. Nettle root extract may prevent SHBG already bound to a hormone from attaching to prostate receptor sites1.
In a series of articles, German researchers identified a component of nettle root, 3,4-divanillytetrahydrofuran, which has a very strong binding affinity to SHBG 2.
Nettle root extract may reduce production of oestrogens (oestradiol and oestrone) by inhibiting the activity of aromatase. At least five components of the root have low to moderate inhibitory effects on aromatase, thus restricting the conversion of androgens into oestrogens3.
It has also been suggested that steroids or other hydrophobic components of nettle root extract may inhibit activity of the prostate’s Na+, k(+)ATPase membrane which could stem its growth4.
The anti-proliferative effect on prostate cancer cells of a methanol extract was observed in an in vivo model and an in vitro system5. An aqueous extract may inhibit the activity of adenosine desaminase (ADA) in prostate tissue6.

Benefits observed from nettle root in over 15,000 men

In studies involving a total of 15,000 men with benign prostatic hyperplasia, nettle root extract produced significant improvements in prostate size, frequency of urination, nocturnal micturition and post-void residual urine7. The traditional use of nettle root extract in Germany to treat prostate problems has led to numerous clinical trials being conducted.
41 patients with benign prostatic hyperplasia were enrolled in a double-blind, placebo-controlled study. Subjects had a maximum urinary flow of 15 ml/second and an average score of 18.2 on the IPSS (International Prostate Symptom Score) scale. An IPSS score of 0-7 is considered mildly symptomatic, 8-19 moderately symptomatic and 20-35 severely symptomatic.
By the end of the trial, maximum urinary flow had increased by 66.1% (from 10.9 to 18.1 ml/second) in the group treated with nettle root extract compared with 36.6% (from 12.3 to 16.8 ml/second) in the placebo group (from 17.7 to 12.9). Average IPSS scores fell twice as much in the treated group (from 18.2 to 8.7) as in the placebo group (from 17.7 to 12.9) 8.
A multi-centre, randomised, double blind, placebo-controlled study monitored 146 patients with benign prostatic hyperplasia over a 12 month period. Subjects randomly received either 459mg of nettle root extract/day or a placebo. Results showed that the extract could be considered a safe treatment option for benign prostatic hyperplasia, particularly for reducing irritating symptoms and for its anti-proliferative effects9.
In an animal study, nettle extract was shown to inhibit (by 54.4%) artificially-induced benign prostatic hyperplasia in mice 10. These results suggest that the extract could be used in both a preventive and therapeutic capacity.
In a double-blind, placebo-controlled study conducted in Iran, 558 men were given nettle root extract or a placebo. At the end of six months, those who had been receiving a placebo were then given the nettle extract. Both groups received the treatment for a total of 18 months. The results showed that the extract was more effective than placebo on all measures of severity of benign prostatic hyperplasia. 11.

In Europe, nettle root extract is often used in combination with saw palmetto. This is because nettle root acts mainly through the alternative signalling pathway in prostate cells while saw palmetto acts on the primary signalling pathway by limiting DHT activity. In effect, nettle root targets the oestrogen side of benign prostatic hyperplasia and saw palmetto the androgen side. The two plants also have anti-inflammatory effects.
A randomised, double-blind study compared the effects of the saw palmetto/nettle combination with those of finasteride, a standard drug treatment, in 543 patients with stage I or II benign prostatic hyperplasia. Both treatments were similarly effective across various parameters: urinary flow rate, duration of micturition, IPSS scores and quality of life assessments. Efficacy of both treatments increased as the study progressed. The average IPSS score fell from 11.8 to 8 after four weeks’ treatment with the plant combination, then to 6.5 after 48 weeks. In the group taking finasteride, this score dropped from 11.8 to 8 after 24 weeks and to 6.2 after 48 weeks. Patients tolerated the plant treatment better than finasteride which caused a decrease in libido and sexual dysfunction, including impotence in some patients. 12.
A large observational study involving 419 urologists monitored 2030 patients with mild to moderate benign prostatic hyperplasia. All patients received a combination of saw palmetto and nettle root for a period of 12 weeks. Improvements were noted at the end of the study: increases of 25.8% in maximum urinary flow and of 29% in average urinary flow, reductions of 44.7% in post-void residual urine, of 50.4% in nocturnal micturition and of 62.1% in dysuria (difficulty in urinating). 86% of patients reported improvements in their condition. 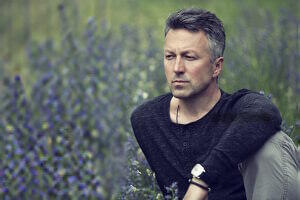 Prostate: Oh, if only men knew...
While women know that they will have to go through the menopause sooner or later, men do not know what is in store for them....
Read more 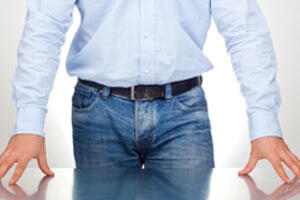 Gentlemen, take care of your prostate !
Among the dietary supplements recognised as beneficial for benign prostatic hyperplasia, there are certain plant extracts and nutrients which extensive research shows to be the...
Read more 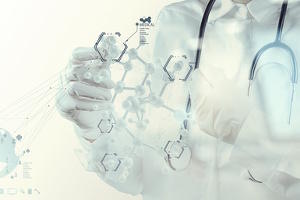 Zinc associated with decreased risk of death...
A Swedish study examined the diets of 525 men under the age of 80 with a diagnosis of prostate cancer made between January 1989 and...
Read more
Follow us